Should You Try Meetup for Scuba Diving Adventures 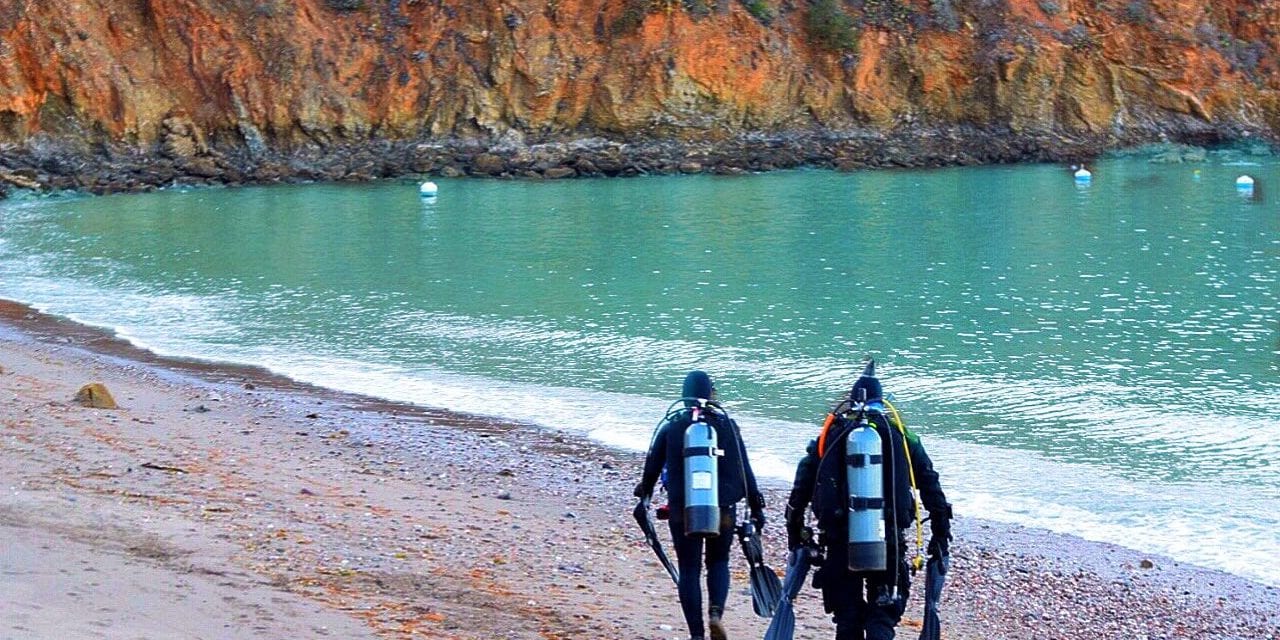 Would you do a Meet-up for diving?

There are more Meetups than you can shake a stick at, but are any of them any good? This week alone there was over one hundred thousand meetups happening on Meetup.com and nearly five hundred in San Diego alone.  What definition of good should you use?  Cheap – certainly.  Fun – probably. Safe…. Safe?  I went on one meet-up where the trip leader literally left a girl wandering alone in the desert – no bueno. I wanted to go diving with a Meetup group but I had some obvious hesitations. In the end all my questions were answered and I would go again in a heartbeat.

Safety first.  PADI certifies you to be an open water diver. That means you and you alone are responsible for knowing your capabilities and limitations. Still, I felt better knowing that the group was reputable and my friend Justin was going to be my dive buddy. He has been talking about this particular trip for some time and we finally made it work. I went on a couple of dives with Justin, and a couple of dives with randos on the trip. I felt safe on every dive and the group leaders emphasized safety on everything we did.

You can see from my Birthday Post that Catalina Express charges 80 bucks to for a round trip ticket and I am always looking for a way to dodge this cost.  The Meetup trip came in at two hundy for the round trip to the island, two nights in a cabin and a boat dive.  It doesn’t get better than that.  Plus- pro tip- the parking in San Pedro was free vs paying $45/night in Long Beach.

Meetups and Diving are about friendship

Meetup isn’t about tourists finding bargains. It’s about making friends and building a community. This fact was obvious because everybody on the boat seemed to know each other. I sat quietly just looking at all their cool gear and listening to stories of adventure diving. My malaise wasn’t helped by the long passage over (over four hours to go ~30 miles) and the long rolling swells that slowly and deliberately rocked the boat. By the time we reached Two Harbors I was a little green around the gills.

The cabins were at the far end of town, which is to say a five minute walk from the beach. I was bunking with rando named Dan. I don’t think the organizers could have picked a better roommate. We clicked on all levels and by the end of the trip he was no longer a rando but a new friend. Friendship and diving were what this weekend was all about.

My first dive of the night was a shore dive in in harbor on the West Wall. I buddied up with Dan. Justin buddied up with Kevin. We kicked out past the small boats anchored in the harbor, waving to the people enjoying their sunset toast from the deck. As the sun descended, so did we. My first night dive had begun. We stayed relatively shallow in 50’ water and cruised by the night shift of critters going to work. We could easily find lobsters and eels in our lights. Being a new diver I was out of air first. Dan surfaced with me and started to kick in. We watched the lights of Justin and Kevin beneath us as we swam on by above them. Those buggers stayed underwater swimming in for their entire safety stop time. That looked like a lot more fun than swimming in on the surface for sure.

We returned to a rager in the common picnic area. The “No Pants Crew” had busted out the jello shots. A game of Cards Against Humanity was centered around a big bottle of tequila. In every corner, people were laughing, drinking and generally having a good time. I had my obligatory bottle of craft beer but, at the end of the day, I was here for the diving. The party crowd moved into the one bar in town about 11:00 and I headed into bed.

I slept surprisingly well, but we weren’t going for an early start. We had to wait till 8:00 until the dive shop opened to get our tanks filled from the night before. I chilled in the kegger carnage feeding the feral cats until Justin emerged. He paced himself, but our friend Kevin did not. Dan paid the a little extra for the morning boat dive so was just Justin and I entering the harbor that morning.

We dove the same profile as the night before. Kicking out through the moored boats until we reached the rocks. A little rest to re-oxygenate on the surface and then down we went. It was like a whole new reef in the morning. Huge schools of bait fish swam by, followed shortly by a seal. It was my first seal encounter underwater and I was loving it. This time I stayed under with Justin on the swim in. The rocks gave way to a sandy bottom in the harbor. Still, it was so cool to be underwater.

We didn’t even take our wetsuits off for lunch. We just grabbed some grub at the beach grill and headed out onto the dive boat for our afternoon dives. The first dive was at Yellow Fin Reef. We didn’t see any Yellow Fin but we saw all kinds of critters. We saw sea hairs which are big underwater slugs, horn sharks and sheep crabs. Those sheep crabs remind me of spiders.

Our next stop was Sea Fan Grotto. It was a wall dive with quite a bit of current. The boat idled in and dropped us off without killing the engines. Soon, we were dropping down the face and poking into little grottos with, you guessed it, sea fans. There were some really big fish hanging out here too. The recovery on the surface was a bit dicey with the current. As each pair surfaced, the boat would swing by and pick them up on the run. There was too much rip for us to swim against and the boat couldn’t set anchor against the steep drop anyway.

Save a prayer for the morning after

The second night of partying was better than the first. I was now part of the clan. I drank my one craft beer and swapped stories of all the strange creatures I had seen. The boat was leaving at noon the next day but I knew I could get one more dive if I paced myself at the party. So, again I excused myself early and hit the hay.

Our morning dive quartet had shrunk to a trio. Dan and I, as both the resident old guys and non-partiers were up at dawn for more diving. Joining us was Anthony, whose kick ass gear I was admiring on the boat ride over. Even though he had been diving longer than I had, he was having a little difficulty with buoyancy and the surface swim. Perhaps it’s just a sign that partying and diving don’t mix well, even if you aren’t puking in your regulator (which happened to a poor girl on the morning boat dive). As long as you’re not dangerous or breaking stuff, I don’t care how graceful you are underwater. That’s between you and your skills. Still, only three of us got out of bed for day three of diving.

You might have noticed that I didn’t mention this Meetup by name. I did that on purpose because the point of this story isn’t to drive tourists to local dive clubs. It’s to give my first hand account of my experiences. I found a great group of people and a weekend full of whatever you were looking for. For me it was five dives in three days on beautiful Catalina Island and finding new dive buddies. For others it was a couple of boat dives and partying with friends. Everybody had a good time and everyone came home safe at a price that could never be touched on the commercial market. Two thumbs way, way up.